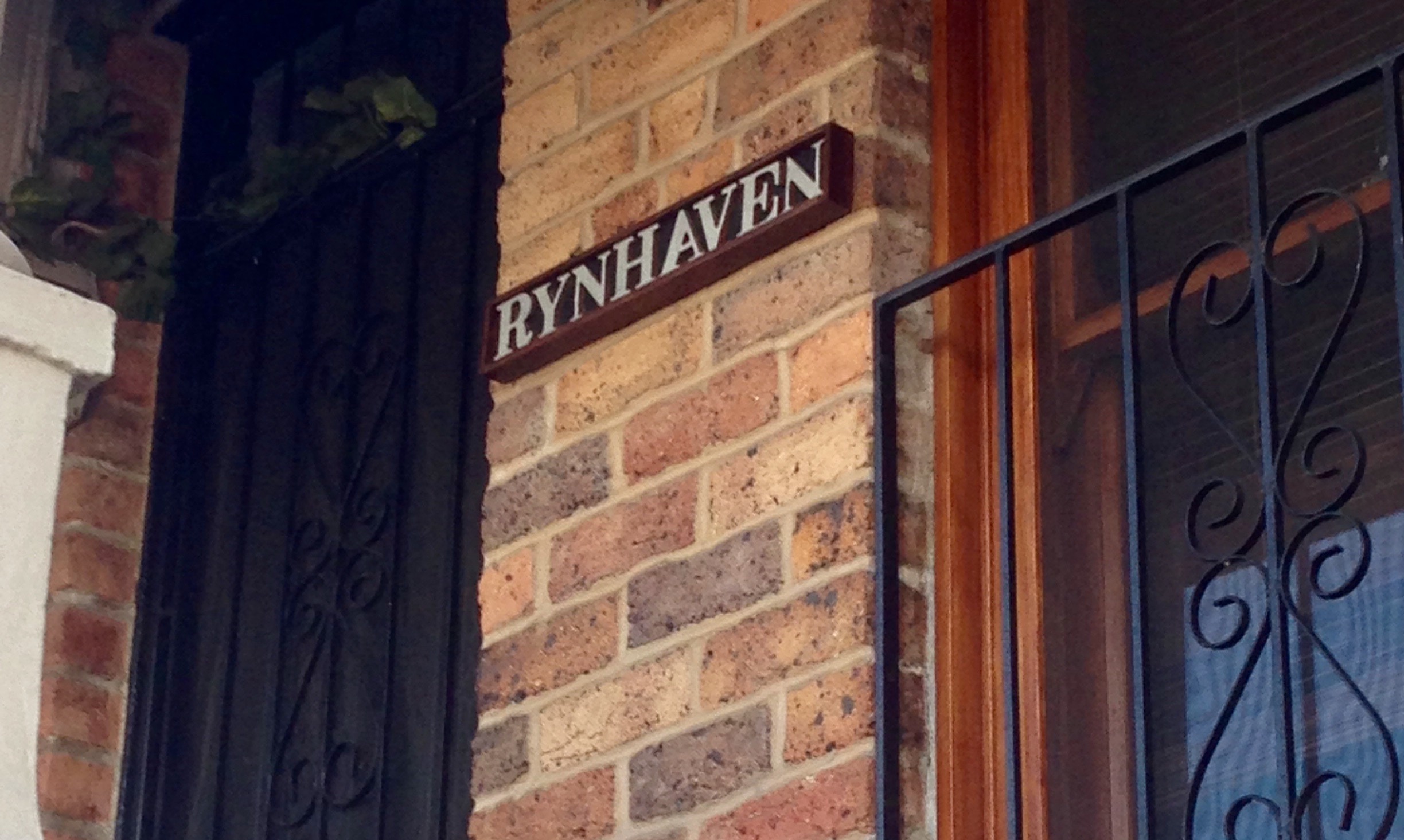 Since I first began aimlessly wandering my neighbourhood (a side effect of being sick), I’ve collected nearly 150 house names. I’d passed most of these places many times before, and never paid attention to them. When I was healthy, I always had somewhere to be and something on my mind. Now my mind is desperate for distraction. Also, I walk much slower.

I still find the concept of naming your house quirky, because houses in Canada didn’t have names. It’s as odd to me as if people slapped name plates on their furniture. ‘Welcome, this is our couch, Sylvester, and our loveseat, Wooloomooloo.’ Odd, and oddly endearing.

After collecting so many names, I’ve realised there are a few broad categories the house names fall into. These include:

Place names: this seems to be the most common. Some of the names are obvious, like Indiana, Nebraska, Lochinvar, Chippendale and Austin. Others are less obvious, but on researching them, they turn out to be more obscure place names. Clutha is a town in New Zealand, Uralla is in New South Wales, and even Chelveston is a town in England.

Women’s names: Many of the houses also have women’s names, such as Shirley, Evelyn, Elvira, Isabella, Tara, and Edna. Women, like houses, cars and boats, are basically property, right?

And the award for most inappropriate house name … Pompei!

I’m curious about the train of thought that led the owners to name their house after the site of an infamous volcano eruption that killed numerous people. Sure, it happened 2000 years ago, but the violent destruction of a community is still the first thing people will think about when they visit. You may as well name your house World War II.

The real question is this: what would I name my house, assuming I could ever afford one? When I lived in South Korea, my apartment building was steam heated, and the pipes creaked and groaned through the winter. I referred to my apartment as The Belly of the Iron Dragon, which lacks a certain lyricism, I’ll admit.

I assume in the case of houses with place names, the names refer to where the owners’ families came from. If this is the case, I could name my future house Winnipeg, or The Peg or even Peggers. But since I live Down Under, I could broaden this tradition and name it Up Over. While I’m still waiting for the cost of housing to miraculously drop, maybe I’ll name my sofa.

Hit me up with house names, if your neighbourhood has some good ones. I’m eager for more!

11 responses to “Chateau Relaxo (and other houses I’ve known)”