Getting into complicated relationships, part 2

This post is part two of a list of books that I’ve come to think of as my favourites, most of which I read years ago. As these titles in particular reveal though, my relationship with them is complicated. 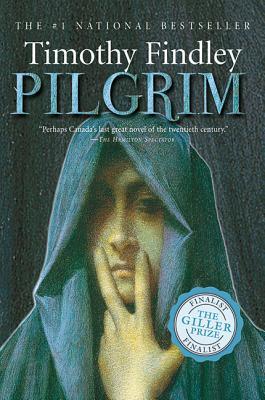 5. Pilgrim by Timothy Findley
Findley is one of Canada’s great contemporary authors. I have a vague memory of one of my bookshop colleagues recommending him to me. I do know that once I’d read one of his novels, I tracked down all his other books. I think they were too mature for me, in that they referenced aspects of history, literature and psychology that I was unfamiliar with. I struggled with them, and in hindsight I’m not sure why I persisted. Maybe because Findley convinced me that writing could be beautiful and powerful and mysterious. Pilgrim tells the story of an immortal man who, tired of living, comes under the treatment of Carl Jung; I found this juxtaposition of historical personalities and magical realism captivating.

6. Of Human Bondage by Somerset Maugham
I’ll confess I haven’t read Maugham in years. I enjoyed his storytelling skills and ability to craft scenes and sentences, and went through a phase of reading many of his novels and short stories. This one has stuck with me. I think Of Human Bondage managed to convince me that despite all its challenges, life would be okay. But I think I also appreciated Maugham because, as a young and wildly under-educated person, I felt like I could grasp his writing (though in hindsight, this was only at a surface level). The novel follows a nine-year-old boy into adulthood, exploring the turns of fate he experiences, particularly in his efforts to establish himself in a career and a relationship. It’s considered Maugham’s masterpiece, although he never found critical success, despite his huge commercial popularity. His career in part was a commentary on the various ways of living an artistic life, as this New Yorker essay explores. But I had no context for Maugham’s life or his larger themes when I discovered him. I read what I liked, and what I thought I should read, as if in the cold, empty vacuum of space. 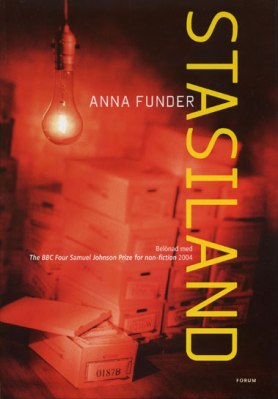 7. Stasiland by Anna Funder
Living in Germany, Australian author Anna Funder interviewed former members of East Germany’s Stasi (secret police) and anti-Stasi organisations, and wove together stories of those lived experiences and their ongoing legacy. When I was writing early drafts of my book about Armenia, many people recommended Stasiland to me, and so I read it in the context of someone learning how to write. The people Funder meets and the stories she shares are fascinating. Her writing is equally powerful, in the way she positions herself in the story, the way she captures the feeling of a moment. I copied passages of the book by hand into a notebook to figure out how she fit her words and sentences together. My experience of reading it, in the context of the teaching myself to improve my own writing, was different than it would have been had I read it back in my contextless vacuum.

This is partly what I find so fascinating about books, that each reading experience is so personal, that we bring ourselves to the text, not in a holistic sense, but at a specific moment in time in our lives, and that shapes our reading of it.

My new book, How to Be Australian, is out on 1 June! You can pre-order it now from your local bookshop or any ebook retailer (outside Aus/NZ, Book Depository might be your only choice). Pre-ordering makes a difference – those orders help convince other stores to stock the book on its release.